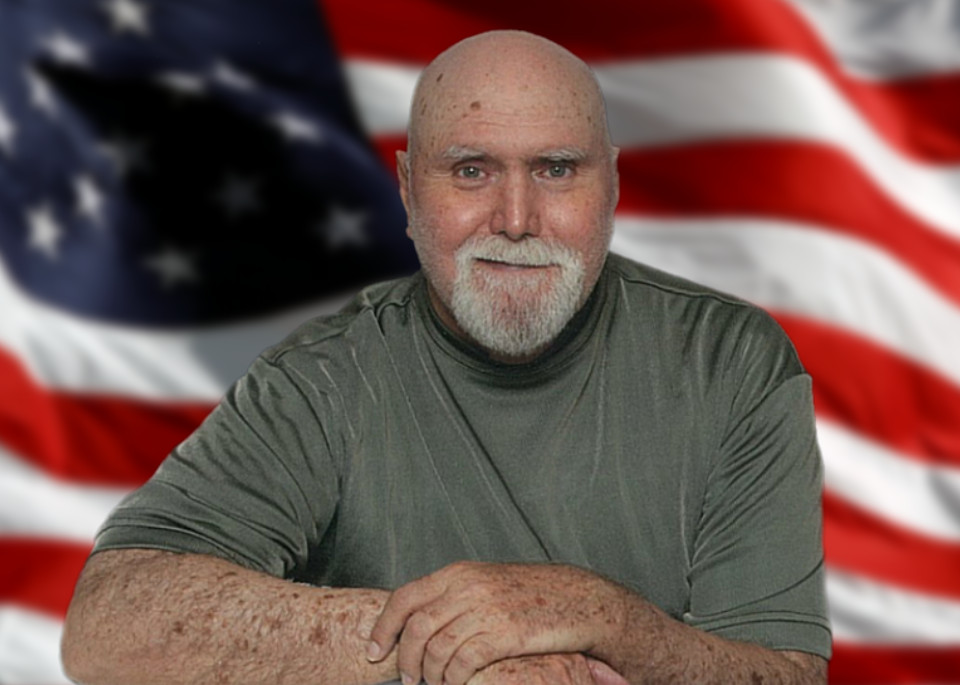 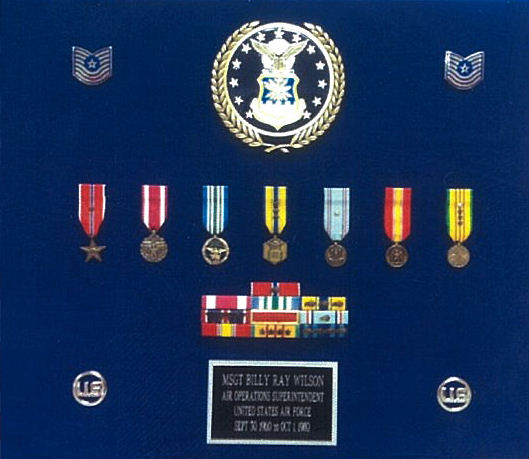 The Story of Billy Ray Wilson

I was born in Laurel County, Kentucky, on September 21, 1943, the son of Abbie Brown and Raleigh Lee Wilson. The four ancestry trees are: Wilson – Caste lie and Brown -Chandler.

I was married twice and the father of a daughter. A second daughter and son were born from affairs while stationed in Thailand and Laos. I didn’t learn of the second daughter until February 2019; she and I learned paternity for a DNA test. Regarding my son, I obtained custody, through the Royal Laotian Court, and he and I returned to the United States. My son is married with a son and daughter.

I enlisted into the U.S. Air Force, with my mother’s signature, on 30 September 1960 and honorably retired on 01 October 1980. My air force career was educational from learning assimilation, with the different backgrounds of U.S. citizens, and the pockets of racism in our country ended when you entered the gates of a Strategic Air Command Base.

I was fortunate to have been assigned to Special Joint Military Organizations where one worked together with members of the Department of Defense to resolve situations of interest to not only the military but the people of the United States:

A Top Secret covert assignment (Project 404), now declassified, attached to the Air Attache, U.S. Embassy, Vientiane, Laos. Our mission was to deny the North Vietnamese the ability to move military equipment and personnel down the Ho Chi Minh Trail and Laotian Waterways into South Vietnam; provide Search and Rescue to downed U.S. airmen and special forces units operating in Laos and North Vietnam, support the release of U.S. Prisoners of War from Hanoi, North Vietnam by enhancing their debriefs and contact with their families. I fathered a son out of wedlock, gained custody through the Royal Laotian Court and returned to the United States with my son.

The Joint Casualty Resolution Center (JCRC), located at Nakhon Phanom Royal Thai Air Base, Nakhon Phanom, Kingdom of Thailand. Our mission was to go into Cambodia, Laos and Vietnam to recover the remains of U.S. Missing in Action and/ or resolve their status through the review of highly classified documents and other information received from all branches of the U.S. government, foreign allies, and informers. From our recovery of classified documents from the U.S. Embassy and other sources, we were able to change the status of multiple, military and civilian missing, to deceased, either body not recovered or body not recoverable. I requested reassignment early to the United States due to unethical practices by the Command.

The first assignment at Homestead Air Force Base, FL was atypical of all regular assignments but the most enlightening; whereas, said experiences and information learned remains with me to-date. The negative part of the assignment was for the first time in my life, I witnessed, in the City of Homestead, the separation of races at water fountains and bathrooms and learned of the racism by Dade County Policemen through my work position.

The assignment was the first in which I was part of military operations against an opposing force- the Soviet Union and Cuba. And, on a personal duty basis, I witnessed part of history in the making where the individual I saw and encountered on an infrequent basis; his activities at Homestead, Cuba, and later East Germany became a movie.

From the Cuban Crisis, we were part of the release of hundreds of Cubans, working for the Central Intelligence Agency, flown from Cuba to the airbase, provided with money, and prospects of a future.

At Pease AFB, New Hampshire, I was directed to attend a Pentagon Investigation into the activities at JCRC. And, also, at Pease, I was sent on temporary duty to Andersen Air Base, Guam to support the increased air traffic from the Vietnam Baby Airlift.

At the remaining air force assignments, we did our assigned tasks and were supported by our commanders and our fellow airmen. The U.S. Air Force, in the 1960s, was the ideal employment for young, under-educated U.S. citizens.

In September 1980, I learned Northrop Aircraft Services were hiring Air Operations Superintendents/Technicians for duty in Saudi Arabia. I applied for a position and hired, in turn, the Command structure allowed me to take military retirement leave to qualify for the position. My official retirement date was 01 October 1980. Thank you, 22nd Air Force.

From the initial employment assignment with Northrop in September 1980 through June 1989, I worked with Northrop and McDonnell Douglas Services at King Khalid Air Base, Khamis Mushait, Asir Province, Kingdom of Saudi Arabia, with the total amount of years in-kingdom were six years and a few months. My duty positions varied; however, the main goal was to train Royal Saudi Air Force Warrant Officers in the Air Operations vocation to a point of sufficiency; thereby, ending foreign participation in the RSAF. Unfortunately, for me, in June 1989, a group of senior USAF Pentagon Officers visited the No 6 F-15 Squadron one weekend when, by chance, I was there catching up on projects. I gave the team a tour of the squadron and life support section plus briefed them on the adjacent F-15 Flight Simulator Facility. From the visit, I learned the team was in the Kingdom to determine which Saudi military facilities would be selected as Joint US-Saudi Air Bases. The statement was extremely alarming as I knew the US was going to war. I submitted my resignation in June 1989 and between June 1989 and August 1990, new housing was built and the US Air Force moved personnel, with dependents, and an entire combat force to King Khalid. The first Joint Airstrikes were launched from King Khalid against Iraqi targets in August 1990.

Other than the air force and Department of Defense contractor employers, I held positions under the Office of Personnel Management at the Department of Veterans Affairs and Department of Army, Civilian. There were four non-government employment periods: Storm Security Consultant, with duty in the Bahamas; Pony Express KY Supervisor; Grand Teton Lodge, WY Housekeeping Supervisor; and Canteen Service Clerk, VA Medical Center, Allen Park, ML.

From the thirty five years of employment and life experiences of the past 76 years, I know what it means to be a loyal citizen of the United States and from this knowledge; it is imperative we replace the members of the three branches of the Federal Government and make amendments to the U.S. Constitution. 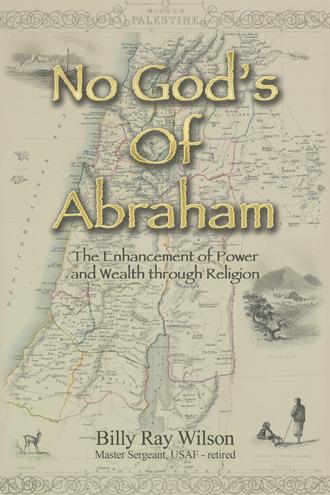 No Gods of Abraham 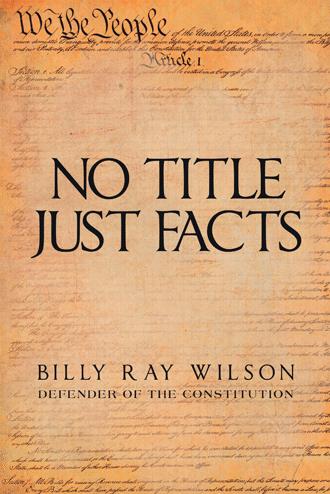 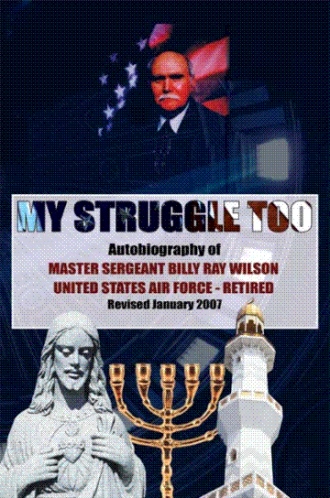 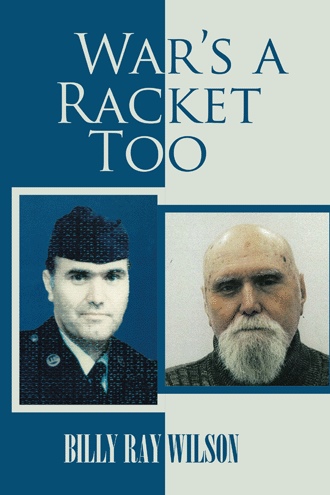 War's A Racket Too 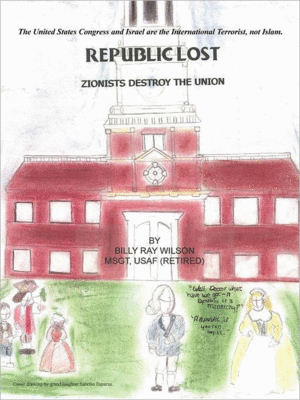 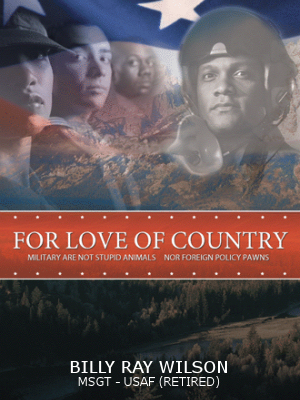 For Love of Country 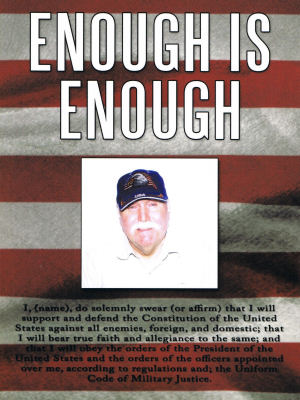 Order Your Copy
Scroll to Top